Organizations are constantly evolving. In the 1970’s the most common organizational structure was the pyramid structure. It was deep, hierarchical, and full of power. Companies got strong bosses who lead such structure. Internally their approach was full of command and control, bureaucracy, and standardization. 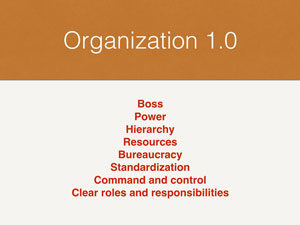 Those pyramid hierarchical structures were not wrong in any way. They were the perfect solution to world industrialization and to the dynamics of business at that time. Most of the companies followed the best practices for a simple world, where problems can be classified as obvious, and applied a simple structure to address it. And it worked. Bosses got results. Companies started growing and became more successful. 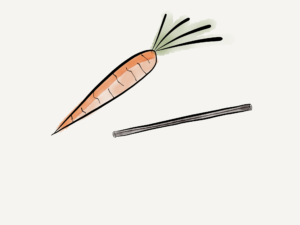 The most common management tool was a carrot and a stick, because organizations believed that their employees are lazy slackers who can’t work without it. Most of the people were in a mood of tribal leadership 2 where the motto is “my life sucks”. Complaining all the time. Not happy, not motivated. Their only motivation to do something was driven by getting some bonus – a carrot, or because they were forced to – a stick.

Twenty years later, Organization 2.0 was here addressing the difficulty of the business world focusing on specialization, processes, and structure. Companies realized that the world is not simple any more, and the majority of problems can be classified as complicated.
As a result, they adopted complicated processes, focused on deep analysis, and invested in experts.

The belief in Organization 2.0 is that complicated problems need experienced individuals and detailed analysis. As a result, companies invested in learning and specialization. They began to grow. The work which used to be done by one person, now needed specific and dedicated positions. We’ve got a specialized department to deal with java, database, testing, architecture, analysis, documentation, customers, accounts, plans, and chair purchases. 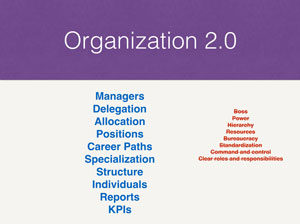 Organizations are trying to create a process to describe everything, to have every possibility thought over. Companies create career paths and talk about motivation. They have spent months describing KPIs, but the more processes and specializations they had, the less responsibility and goal driven individuals they had. They were starving. They tried to cut on expenses, but that did not bring any long term success either.

So they dream about the previous stage, where it was much easier to manage resources. At that time, managers had real power. They could make decisions. They could force people to work. They could use the carrot and the stick. It was so simple – no need for committees, no need to call a meeting for every single detail. At that time, allocation of individual resources did not cost most of their time. 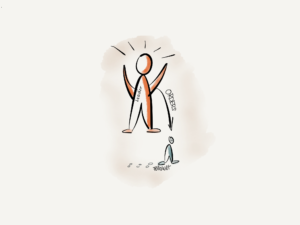 The pressure on individuals to make themselves more successful, better, and smarter than others was huge. “What if my colleague is be better in the performance review?” “What if I am not promoted in two years?” It leads to a culture that emphasizes own goals over the organizational ones. Most of the managers and experts live in the third level of the tribal leadership model, where they believe that “I’m great, but you are not.” So they treat their employees and colleagues with little respect or trust. This leads to the leadership style of “leader-follower”, where the managers decide, and the people below them just do the job. No initiative is expected. People just follow the process and do what is ordered.

Nowadays, when the world is not complicated anymore, neither Organization 1.0 nor Organization 2.0 can address its full complexity. We have realized that such complexity needs a very different approach that can keep up with business dynamics. The Agile environment brings Organization, 3.0 which builds on teams instead of individuals, on different styles of leadership, and on intensive collaboration through the dynamic network structure. We need to completely change the leadership style, create partnerships, enforce self-organization, enforce real responsibility and ownership, enforce trust and transparency, and build the organization as a network structure which is flexible enough so that it can effectively respond to change. Decentralization is taking over, and is bringing a certain level of autonomy to self-organized systems. 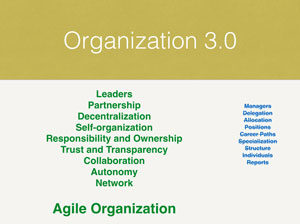 Instead of being a huge tanker, you can imagine the Organization 3.0 as a flotilla of smaller boats, going into the same direction, living in the same context, having the same values, but making some decisions differently based on the situation. 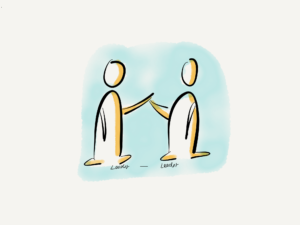 Organizations are complex, as they have to deal with people’s behavior. People are not predictable. Every time we tried to make them behave in a predictable way, we failed. A modern Agile organization is built from people. It is a collaborative, creative, and adaptive network. It’s a sphere built from autonomous systems which are connected to each other, so they influence themselves but still keep consistent. Such a change of mindset is a huge mental challenge for most organizations.

So how to start?

– Help all people to become better leaders by applying the “leader-leader” leadership style, and build a culture of tribal leadership: “We are great!”
– Decentralize, build networks and communities.
– Allow autonomy in a well-defined context.
– Read my book The Great ScrumMaster, which is a guidebook not only for ScrumMasters, but also for leaders of any organization who want to become an Organization 3.0.

Learn more about transforming organizations, leadership, and culture with Agile & Enterprise Coaching. Check our Scrum and Agile training sessions on Sochova.com. Grab a copy of The Great ScrumMaster: #ScrumMasterWay book and The Agile Leader: Leveraging the Power of Influence book.

Disclaimer: All I write on this blog is purely personal and has no relation with any position I have, used to have or will have in the future.

The Agile Leader: Leveraging the Power of Influence is outstanding book how to create agile organizations and become agile leader. In today’s complex, fast-changing, and unpredictable world, radically agile organizations thrive when they combine strong local autonomy with deeply shared goals.
Leadership is a key factor to the success.
Purchase now.

I help companies and individuals to be more successful.

Find more about my Agile and Scrum Training and Coaching at sochova.com

The first agile conference in the heart of Europe. See details at agileprague.com and twitter @agileprague.